An Evening with Klaus Becker - German Consul in Charlotte 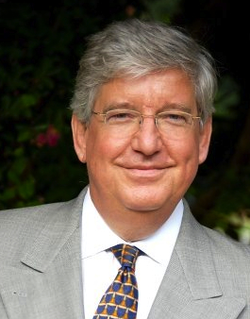 Klaus Becker was born in Marburg in 1953, grew up in Germany where he studied business and national economics and has a master degree from Ruhr-Universität in Bochum.

Since 1979, he has lived in Charlotte, North Carolina, where he is entrepreneurially active in the international steel trade for the past 40 years.

He presided over the Charlotte World Trade Association in the mid-nineties and was President of the German-American Chamber of Commerce in North Carolina for seven years.

In January of 2014, he was appointed Honorary Consul of the Federal Republic of Germany for western North Carolina. In this function, he founded The N.C. Zeitgeist Foundation which coordinates his consular activities. It is the goal of the Foundation to further German cultural, journalistic and political, as well as historic aspects; in 2015, the Foundation organized the First German Opera Ball in Charlotte which was attended by Ambassador Dr. Peter Wittig and his spouse.

It was a highlight of the Foundation in 2016 to invite Bayern München to come to North Carolina. The world renowned soccer club accepted and played against Inter Milan in Charlotte on July 30, 2016.