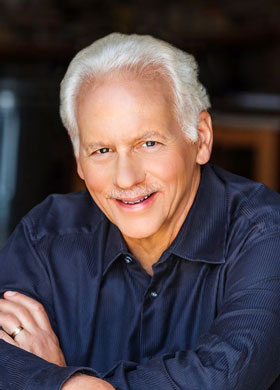 The Wharton Club of Charlotte is excited to host Ambassador Ken Adelman for one night only, on January 10, 2019. Tickets WILL sell out for this event so book early to avoid missing out on this unique opportunity!!

Ambassador Adelman worked on the front lines of Cold War politics in the pivotal years leading up to the fall of the Soviet Union. As Arms Control Director under President Ronald Reagan, Adelman was “in the room” for three history-changing summits between President Reagan and Mikhail Gorbachev. Ambassador Adelman will be sharing his unique stories and powerful leadership lessons with the Wharton Club at this event.

His gripping account of the 1986 Reykjavik summit is captured in the critically-acclaimed book, Reagan at Reykjavik: Forty-Eight Hours that Ended the Cold War. That story is being turned into an HBO feature film starring Michael Douglas as President Reagan.

In Reagan at Reykjavik, Ambassador Adelman provides insights into the character and leadership of Ronald Reagan. The Reykjavik summit was something out of an Agatha Christie thriller—two vivid characters meet over a weekend on a desolate and windswept island in a reputedly-haunted house, with rain lashing against its windowpanes. There, in such a weird setting, the two most powerful men on earth experience the most amazing things imaginable.

Ambassador Adelman was UN Ambassador and Arms Control Director for President Ronald Reagan. He was also a translator for Muhammed Ali during “The Rumble in the Jungle” in Africa, a professor of Shakespeare at Georgetown University, and author of six books, most recently Reagan at Reykjavik: Forty-Eight Hours that Ended the Cold War. Ambassador Adelman also served as an assistant to Secretary of Defense Donald Rumsfeld from 1975 to 1977, on the Defense Policy Board under George W. Bush, and on the Board of the National Center for Counter-Terrorism under Barack Obama.

Ambassador Adelman’s book, Reagan at Reykjavik, will be on sale at the event.

Sorry, this event is sold out.