Wharton, Harvard and other Charlotte Business School Alliance Members are welcome to attend 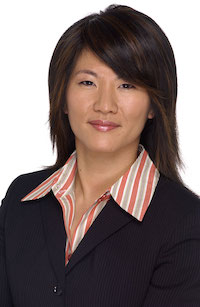 We will feature Ivy Chin, SVP eCommerce & Omnichannel Digital at Belk, who will describe Belk’s journey to state-of-the art B2C marketing and ecommerce under her leadership. We expect to gain some intriguing insights into digital marketing practices as well as the process of technologically-related change inside of a large consumer-facing organization. Once again, it’s not the material we learned in business school.

This is the second of our events in a three part series in conjunction with the Wharton Club of Charlotte. The third is scheduled for March 30 and will be led by Guy R. Powell, the Founder of ProRelevant Marketing Solutions and a leading marketing ROI and effectiveness consultant. The topic: Can you calculate an ROI for marketing? You MUST pre-register; it is required by building security. (Walk-ins will be turned away.)

Register for this event here - you will be directed to the Stanford GSB Event website to sign up for this event.  You may need to create a guest id within the Stanford GSB system in order to sign up.  Joseph Wharton and Benjamin Franklin members will not be billed to attend this event, and should use the registration option that is so indicated.  Wharton Club members and non-members will pay a fee of $25 to attend this event.

Ivy Chin joined Belk as Senior Vice President eCommerce November 2009 with the responsibility of overseeing its eCommerce merchandising, marketing, creative, and operations including P&L accountability and staffs of 100+.  Under Ivy’s leadership, Belk.com has been recognized as one of the 50 Fastest Growing e-Retailers by Internet Retailer four years straight.  She is currently focusing her effort in co-program lead Belk’s largest transformational program to deliver next generation of Digital Commerce Platform for Belk, while being part of Omnichannel leadership team to deliver Belk’s future vision.

Ivy was previously with QVC.com, ranked #15 in Internet Retailer Top 500, where she began her online career 20 years ago, held leadership positions in both business and technology.  Before retail, she had experienced in manufacturing and pharmaceutical industries.

Ivy received Drexel University’s Alumni Circle of Distinction Award, was named Computerworld magazine’s “Premier 100 IT Leaders for 2010”, Retail Online Integration’s “Top Women In Cross-Channel Retail 2011”.  Ivy received the William Henry Belk Award twice, which is Belk’s highest honor award for exceptional leadership and performance in 2012 and 2015.  Ivy also received “Be Committed to the Success of Our Associates Award” which is voted on by Belk associates.  In 2013, Ivy received the “Women In Business” Award from Charlotte Business Journal.

Ivy Chin is a member of Leadership Charlotte Class 37.  She is currently on the Board for Central Piedmont Community College Foundation Board;  Advisory Committee for DeVry University Charlotte;  Editorial Board for Innovative Retail Technologies;  National Retail Federation Digital Council;   and Board for shop.org, a premier organization for online retailers.